Have any comments, bouquets/brickbats or any article to share with other commoners. Write to the editors at media@fes.org.in. To subscribe to our mailing list and receive regular weekly updates, write to us at commonscause@fes.org.in

The Rural Commons of India

The Foundation for Ecological Security (FES) is a pioneering advocate of the commons in India, especially on behalf of the poor. At the recent conference of the International Association for the Study of the Commons in Hyderabad, which FES co-hosted, the organization displayed a series of posters that make clear the commons is a vital resource for survival and ecosystem stability in India. I found the posters so captivating that I asked for copies of the images so I could share them here. 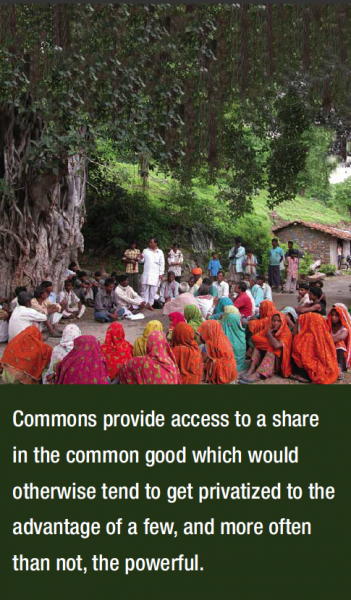 The women of Erakulapally – a small village two hours west of Hyderabad, India – spread a blanket onto the dusty ground and carefully made thirty piles of different seeds: their treasure, the symbols of their emancipation. A rich aroma wafts through the air. 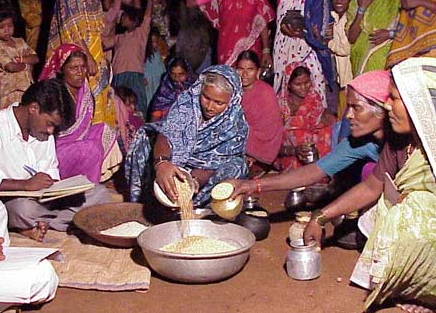 For these women – all of them dalit, members of the poorest and lowest social caste in India – seeds are not just seeds. They are the vehicle for a remarkable transformation in their lives, local farming and their ecosystem.

Jaideep Hardikar travels to the bottom of the social scale, and the women of rural south India, to discover where knowledge and wisdom about seeds are still to be found.

The first thing that catches the eye is their colour. Next, a fascinating variety.

As she neatly arranges beautiful clay pots filled with seeds, one by one, on the mud-littered floor of her house, Chandramma Molikeri’s face lights up. ‘These are our seeds – our life,’ says the sexagenarian, proudly unveiling different millets, some of which face extinction elsewhere in India.

Village common land in India is shrinking 1.9 per cent every five years

JAGPAL SINGH and Dev Singh of Jagir Rohar village in Patiala have little idea that their enmity has resulted in a landmark judgement by the Supreme Court that would bear implications for the rural population of the country.

In its January 28 decision in the case concerning encroachment of common land by Jagpal Singh, the apex court directed all state governments to prepare schemes for the eviction of those occupying village commons and restore them to the community. It asked the states to submit compliance reports by May. 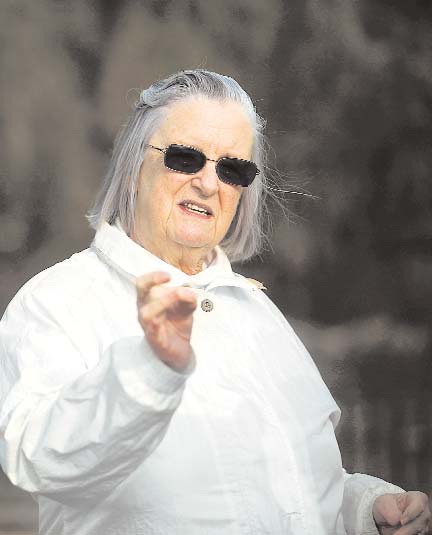 The first woman to win the Nobel for Economics (2009), Dr Elinor Ostrom talks to The Indian Express Editor-in-Chief Shekhar Gupta on NDTV’s Walk the Talk on economics,governance and the idea of ‘commons’. Read the full article in Indian Express

Walk The Talk with Elinor Ostrom on NDTV 24×7

On this episode of Walk The Talk, Nobel Laureate Elinor Ostrom talks to Shekhar Gupta 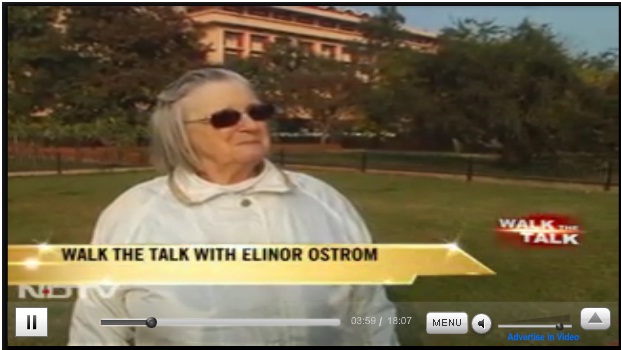 * Click on the picture above to view the video on the NDTV site.

Understanding the Commons -Aparna Ray shares an interesting animation film on commons on her blog “Discussing Development”. Through this interesting animation film, filmmaker Laura Hanna, writer Gavin Browning and video artists/animators Dana Schechter and Molly Schwartz explain the concept of “The Commons” and what it means in the context of sharing our natural, ecological, cultural and knowledge-based resources. 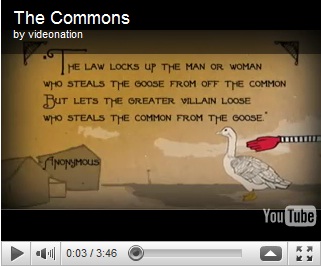 * Click on above picture to view the video and more development dialogues on Aparna Ray’s blog (http://developmentdialogues.blogspot.com/). 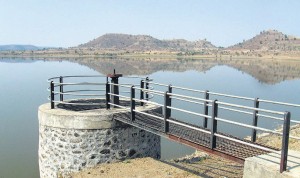 Twenty-eight villages in Maharashtra, 21 of them in Vidarbha, have worked their way to build, operate and own minor irrigation projects

TWENTY-EIGHT villages in Maharashtra,21 of them in the agrarian crisis belt of Vidarbha, have worked their way to build, own and operate minor irrigation projects — to transformed their lives forever. Read the full article in the Indian Express dated 11th Feb, 2001

One issue largely absent from the agenda of this January’s global commons conference in  Hyderabad, India was the idea of limits to consumption and material accumulation. There were presentations aplenty on how commons are being limited and threatened by development, land-grabbing, and ecological decay, but little discussion of how global consumption, notions of material ‘progress,’ and ‘development’ factor into the evolving equation of how humans and the planet will survive. 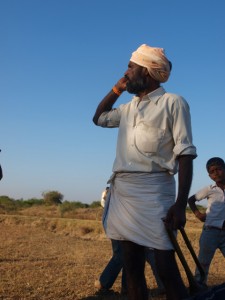 With Indian media reporting the likelihood of its nation producing the world’s seven-billionth human sometime this year, the ‘inconvenient’ question must be addressed forthrightly: how many cars, cell phones, satellite dishes, television sets, and other emblems of material ‘progress’ can the globe withstand? Beyond the more obvious urgency of climate change — the immediate need for radical emissions reductions and greatly expanded carbon sinks, among others — how much more room do the earth and the sky have for the material advancement of our ballooning populace?

Read the full article by By Christopher D. Cook on shareable.net

Commoners fight for a Commons

At a time when lakes around the world have started shrinking due to encroachments and  choking, a group of common people have come together, fought a legal battle and won the right to restore a commons – a lake in the midst of the busy Koramangala in Bengaluru. Marianne de Nazareth chats up the group that pulled off this task 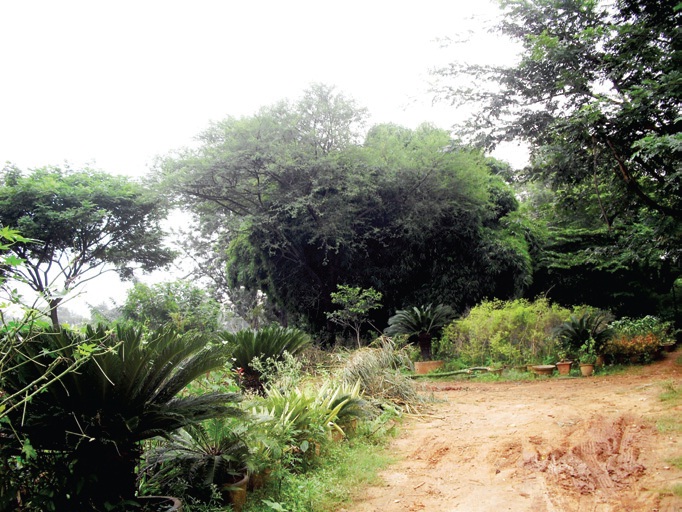 Lake lives on: Thanks to conservation efforts, the lake has now got a new lease of life

Understanding The Concept Of Commons: A Shared Responsibility

How many of us who sit in the comfort of our homes typing or surfing the net on our computers in one of the bigger metropolises in the country, are aware of the ‘commons’. What ARE the commons was the question that came to my mind when I first heard about the IASC Conference held in Hyderabad in January 2011. What did the term commons actually mean to us the common man? 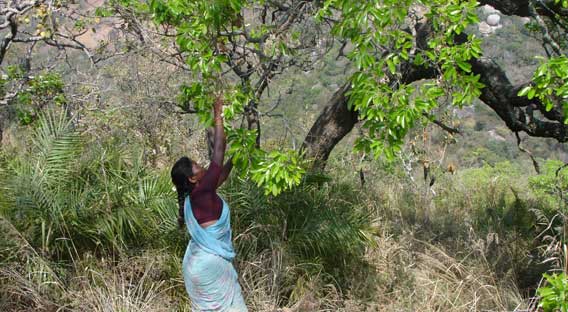 As the commons come under increasing assault, academics, practitioners and policymakers come together to devise ways to protect shared resources

On a cold January night in Hyderabad, a fortnight ago, Jairam Ramesh, Minister for Environment and Forests, was led to an open-air dinner by folk drummers and body-painted tiger dancers as an appreciative audience of international academics and grassroots workers cheered and milled around him. Ramesh had become the toast of the evening after he asked the world’s top scholars working on issues related to the commons to help shape his ministry’s thinking. To read the article by Latha Jishnu in the latest edition of Down to Earth, visit http://www.downtoearth.org.in/content/common-concerns

There are also the losers of globalization. Artisans and craftsmen such as weavers and potters are calling for government intervention to help save their trades from dying out. 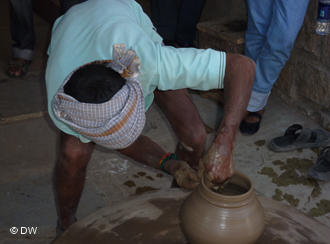 Pottery, a traditional craft in India, is losing to globalization

Listen to the complete radio report on Deutsche Welle Radio

The 13th Biennial Conference of the International Association for the Study of the Commons that was held in Hyderabad earlier this month discussed the idea of the “commons” in its manifestations, from the physical to the digital.
For the Full article visit http://epw.in/epw/uploads/articles/15654.pdf

Centuries of knowlege in danger of disappearing
From a report by Murali Krishnan in Hyderabad, India 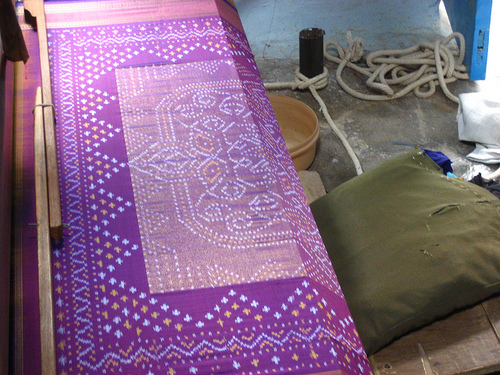 Chandra Shekhar and his young wife sit in their small dingy house, the repititve tap of the loom the one constant of their days. In the gloom, their silk creations glisten with a sheen and beauty that are at odds with the humble and darkened surroundings.

The famous Ikat silk of India involves a complicated process of measuring very specific lengths of yarn then dyeing them and then weaving them according to a pattern. The process and some of the patterns themselves are centuries old.

Ikat has been produced in the village of Pochampally, 50 kilometres from Hyderabad in south India, for generations, the knowledge handed down over the years as carefully as a family heirloom.
And though the Indian government is aggressively promoting its new advertising concept of Incredible India, to lure international attention and hopefully an ensuing economic boom to the country, ancient artisanal traditions like Ikat weaving are in danger of dying out. Threatened by the rising cost of thread, globalization’s push of cheaper factory made products into the market place, and a continuous rise in the cost of living, the artisans of Pochampally who have been weaving ikat for centuries, are in danger of disappearing.

“The daily wages are horrible – I have four people to support – how can I survive on just Rs 4,000 a month?” says Chandra Shekhar, who like many of Pochampally’s weavers is considering leaving the village to find work in the city.

Weavers and activists are calling for government intervention to help save a precious Indian tradition that is presently endangered.

South Asia Wired – Centuries of knowlege in danger of disappearing
On air: 26 January 2011 11:25 – 2 February 2011 11:25
(To listen to the programme visit http://www.rnw.nl/english/radioshow/centuries-knowlege-danger-disappearing)

Stooping to enter the low roof hut, one spots Bharatha Ramadas, in his vest, hunched up on the cold granite floor, transforming silk yarn into a fabulous new design. Next to him lies a drawing of an intricate pattern of leaves spiralling up the stalk of a creeper – it is the new design he has created for an Ikkat Saree.

The rest of the hut is dark and shadowy but Ramadas sits bathed in natural light from an intriguing opening in his roof. It makes one wonder if the natural glow surrounded by darkness is a metaphor of the village, Pochampalli, itself. The village, which is geographically situated 45 km from Andhra Pradesh’s capital city of Hyderabad, has a place in Indian history, too. Famous for its traditional weavers and the Ikkat saris they make, Pochampally is the place where the famous national Bhoodan (land donation) movement, led by Acharya Vinobha Bhave, was born in 1951. To read more, visit http://www.theweekendleader.com/page.php?id=383&title=Ikkat%E2%80%99s-weft-and-warp 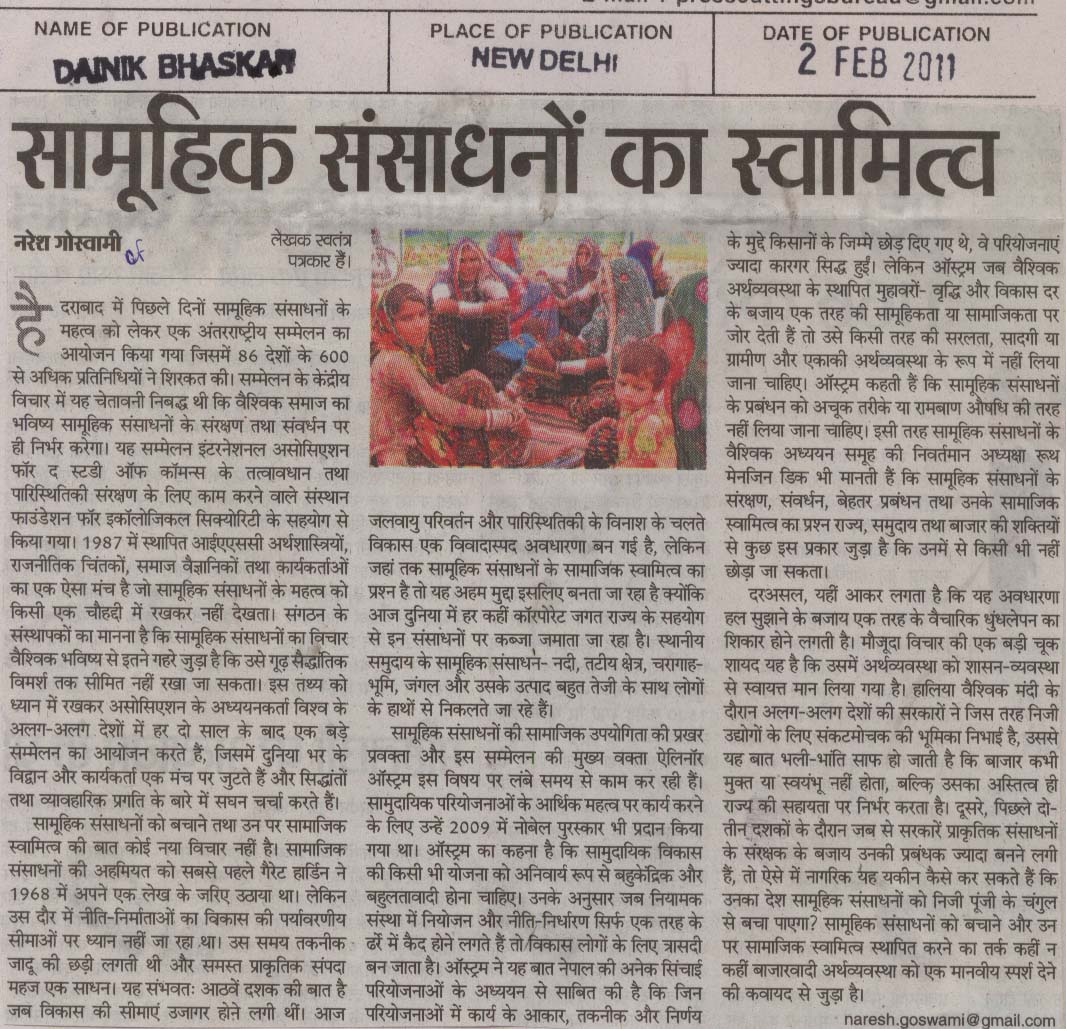